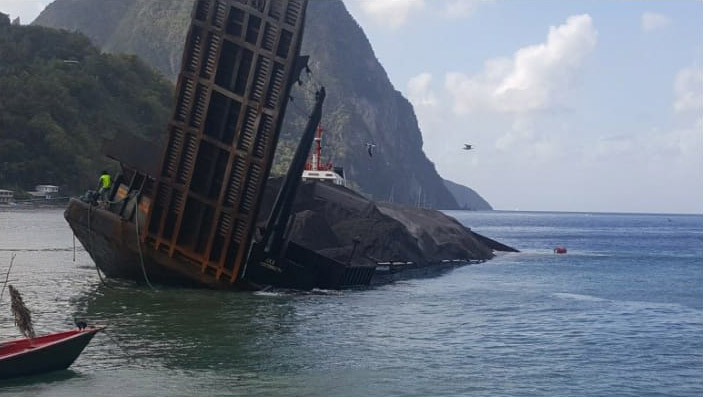 According to reports, the barge was on its way to Carriacou, Grenada, when it encountered some difficulties. The barge eventually capsized and deposited approximately 1,000 meters of gravel and 800 tons of sand into the bay.

Referenced to letter dated April 4th, 2018, the liability insurers for owners (EMCS Caribbean Limited) of the barge declared the barge as a Constructive Total Loss (CTL) and to be disposed of as a wreck.